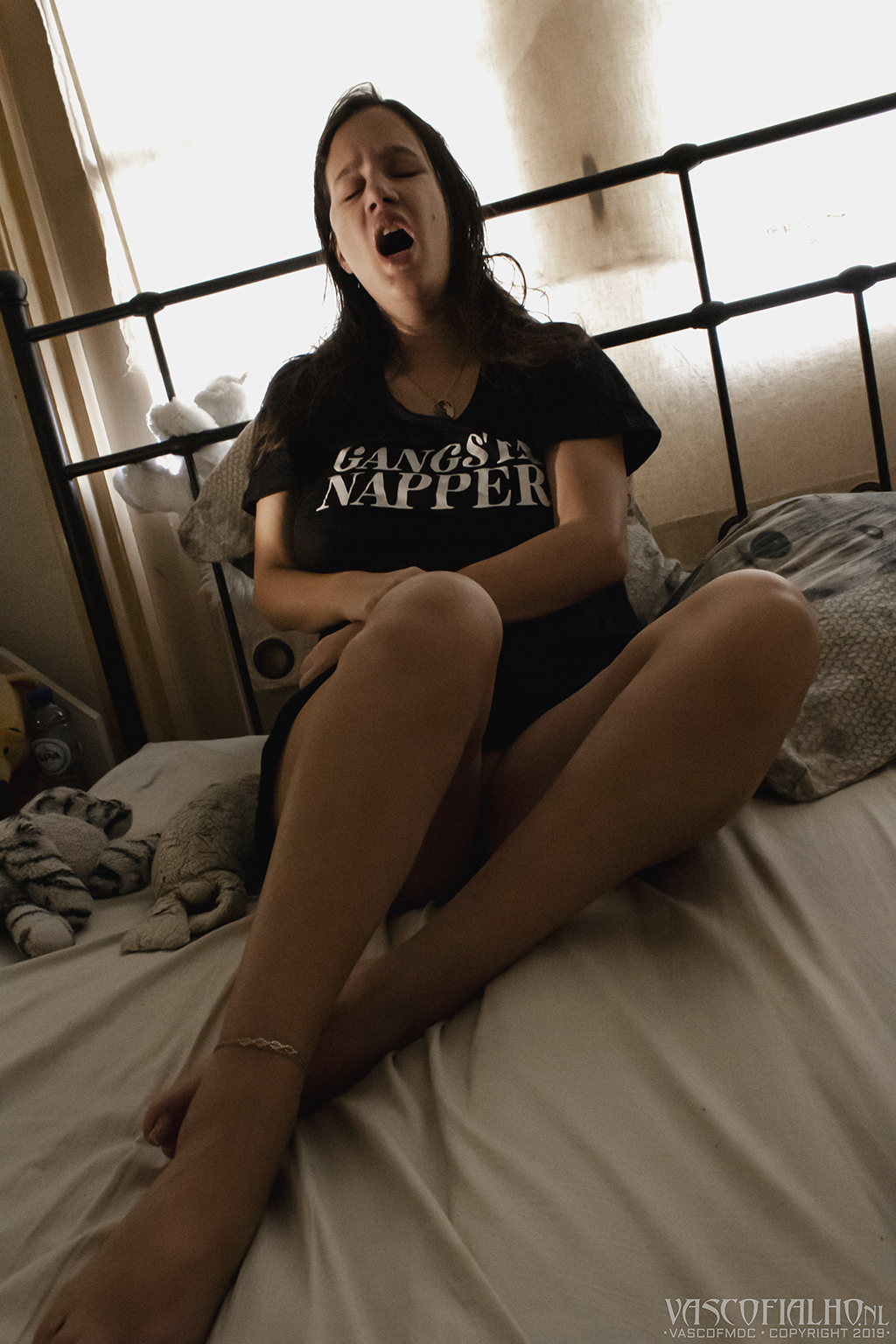 Due to her Steinert’s desease, her energy levels are a lot less than ours and as such, my wife sleeps and naps a lot. We like to take that with a joke or two, and when we came across the Gangsta Napper sleeping shirt, we just had to get it. That’s when I decided to do something with it.

Gangsta Napper is nothing too serious of a set. Just a chance for me to keep practicing with the M position of the camera and the post processing that comes with it. This time I did a combo between the M and auto settings. No special lights except one small ikea lamp we have next to the bed. Most of the light came from the big window.  Below is what we found to be the best of the set.