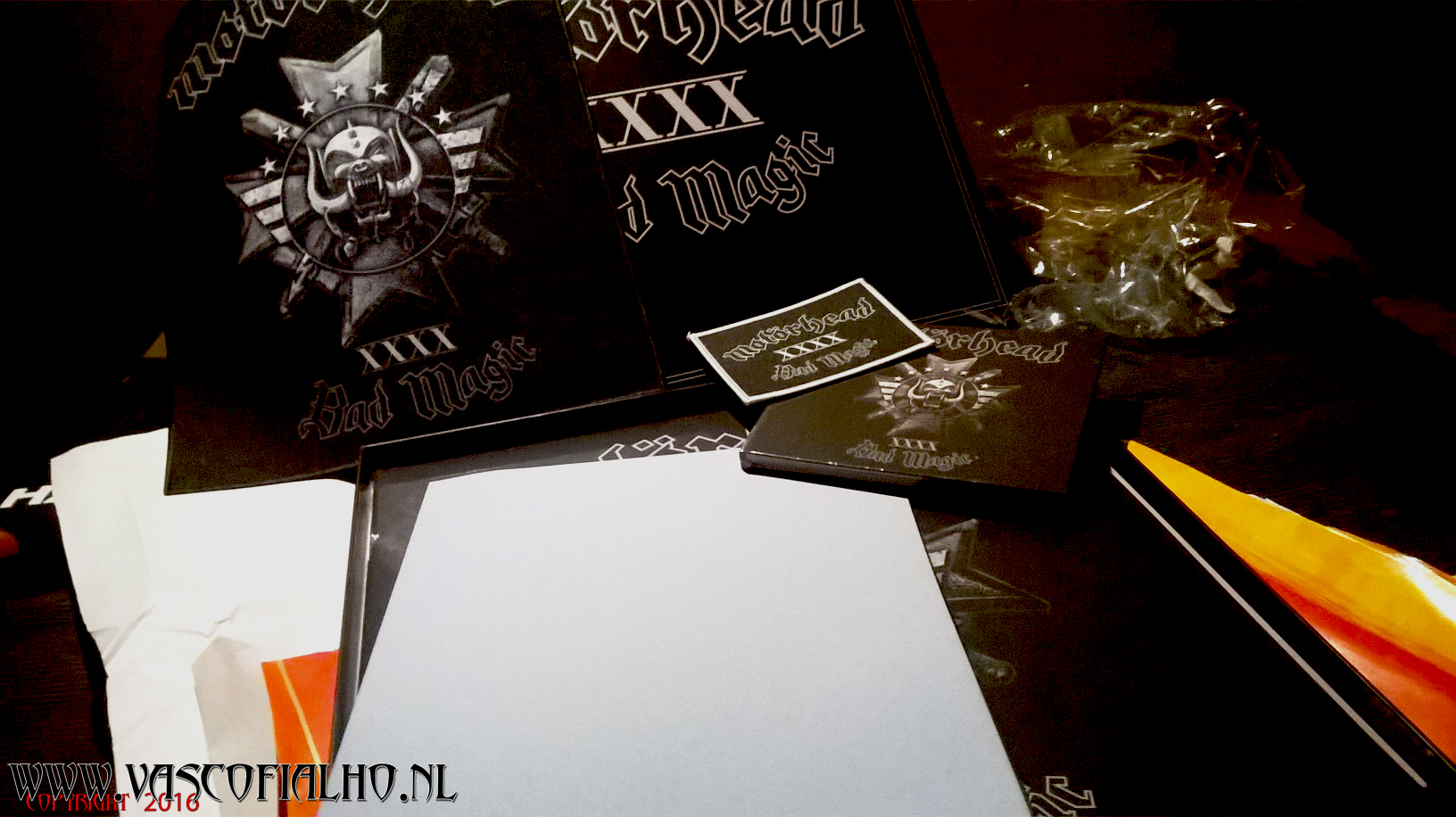 Sometimes while listening to music, emotions come loose. When that happens the album or song you are listening to touches you in a way that it makes you want to act. Dance, mosh, jump, punch someone in the face, cry, whatever. It just turns you loose and it reaches you in a way that you cant simply sit still. That happened to me with Bad Magic, the latest and probably last studio album by Motörhead.

I first listened to Motörhead’s Bad Magic at one of my brother’s bar. The place was closed and we were getting ready to do the weekly purchases but since he had bought the album’s limited edition box prior of us getting there, he decided to pop open the cd player and play it’s cd. It totaly blew us away from song one to song last. It’s one of those albums that doesn’t need to grow on you. It hits you in the face the way we all got used to when listening to a Motörhead album. The last song personaly touched me the most. Goosebumps all over.

We all know Lemmy passed away recently. But before he left us he added this brilliant piece of music to his legacy. I’m not getting into what it sounds like. We all know the Motörhead sound. And that’s exactly how this album sounds like.

When the speakers went silent, my bro removed the cd from the player, placed it back in it’s case, the case back in the box, and it was put away where noone could break it… I only wished I had the money to go out and buy it… man I hate beeing broke… and so we went back to work and I didn’t give it much thought after that. Great album plus empty wallet means tough luck…

my birthday came along

Anyway, my birthday came along the 14th of January. I was asked to help out at the bar that day so I did. Kind of in a nervous hurry because my wife had booked us a small boattrip and time was running short. Luckily we finished what we had to do in time and right before I left, a package was given to me with the words “this is your birthday gift. Enjoy it brother…”. Not having the time to even have a clue what it could be, I placed it in the car and drove home. Got there just in time to pick up the missus, drive into town, find a parking spot and be on time to get on the boat. I managed this within the hour with 5 minutes to spare…  I guess this was one of those days things actually work acourding to plan.

So when we got home after the trip I started opening the package. It left me flabbergasted. It was Bad Magic, the new Motörhead album in it’s limited edition box. The same my bro had bought and played at his bar. The same I imagined never having the change to get bacause you know…  flat broke don’t buy albums… He and another friend of ours joined wallets and bought the album for me.

The box contains a backpatch, a small patch, a huge poster, the cd and the vinyl version of the cd. To be honest I actually felt bad when opening it but I still did. I had to. I had to hold it’s contents. The cd itself and the vinyl are  still sealed. I might open the cd but the vinyl will never be played. This is something I’ll be adding to my colection of limited editions boxes.

I took some picutres: