The most epic taking a dump story ever told

Blogs / Story / The most epic taking a dump story ever told
posted by vascofmdc on maart 12, 2016 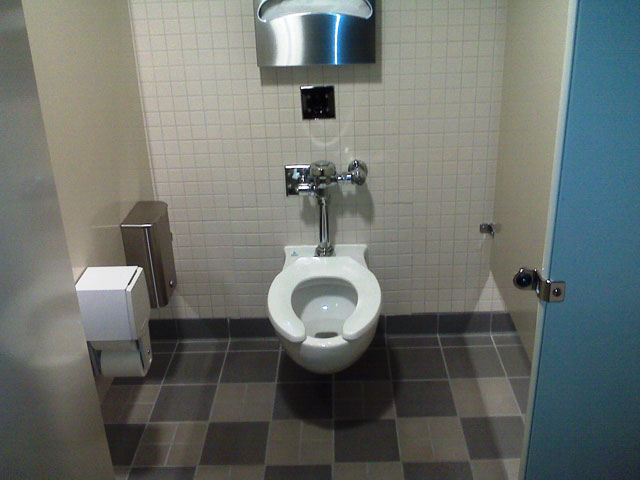 This story has been doing it’s rounds on the internet for ages… Some of you might know it but I’m sure most of you never had the chance to read it. I decided to re-blog it on my website as I found it one of the most hylarious moments of web history.

All in all, it hadn’t been a good day. Bad traffic, a malfunctioning computer, incompetent coworkers and a sore back, all made me a seething cauldron of rage. But more importantly for this story, it had been over forty-eight hours since I’d last taken a dump. I’d tried to jumpstart the process, beginning my day with a bowl of bowel-cleansing fiber cereal, following it with six cups of coffee at work, and adding a heavy lunch at the local Indian restaurant.

As I was returning home from work, my insides let me know with subtle rumbles and the emission of the occasional tiny fart that Big Things would be happening soon. Alas, I had to stop at the mall to go and pick up something for my wife. I completed this task, and as I was walking past the stores on my way back to the car, I noticed a large sale sign proclaiming, “Everything Must Go!” This was prophetic, for my colon informed me with a sudden violent cramp and a wet, squeaky fart that everything was indeed about to go. I hurried to the mall bathrooms. I surveyed the five stalls, which I have numbered 0 through 4 (I write a lot of web software) for your convenience:

Clearly, it had to be Stall #1. I trudged back, entered, dropped trousers and sat down. I’m normally a fairly Shameful Shitter. I wasn’t happy about being next to the occupied stall, but Big Things were afoot.

I was just getting ready to bear down when all of a sudden the sweet sounds of Beethoven came from next door, followed by a fumbling, and then the sound of a voice answering the ringing phone. As usual for a cell phone conversation, the voice was exactly 8 dB louder than it needed to be. Out of Shameful habit, my sphincter slammed shut.

The inane conversation went on and on. Mr. Shitter was blathering to Mrs. Shitter about the shitty day he had. I sat there, cramping and miserable, waiting for him to finish. As the loud conversation dragged on, I became angrier and angrier, thinking that I, too, had a crappy day, but I was too polite to yak about in public.

My bowels let me know in no uncertain terms that if I didn’t get crapping soon, my day would be getting even crappier.

Finally my anger reached a point that overcame Shamefulness. I no longer cared. I gripped the toilet paper holder with one hand, braced my other hand against the side of the stall, and pushed with all my might. I was rewarded with a fart of colossal magnitude – a cross between the sound of someone ripping a very wet bed sheet in half and of plywood being torn off a wall. The sound gradually transitioned into a heavily modulated low-RPM tone, not unlike someone firing up one of them old Harleys. I managed to hit the resonance frequency of the stall, and it shook gently.

Once my ass cheeks stopped flapping in the breeze, three things became apparent: (1) The next-door conversation had ceased (2) my colon’s continued seizing indicated that there was more to come (3) the bathroom was now beset by a horrible, eldritch stench. It was as if a gateway to Hell had been opened. The foul miasma quickly made its way under the stall and began choking my poop-mate. This initial “herald” fart had ended his conversation in mid-sentence.

“Oh my God,” I heard him utter, following it with suppressed sounds of choking, and then, “No, baby, that wasn’t me (cough, gag), you could hear that (gag)??”

Now there was no stopping me. I pushed for all I was worth. I could swear that in the resulting cacophony of rips, squirts, splashes, poots, and blasts, I was actually lifted slightly off the pot. The amount of stuff in me was incredible. It sprayed against the bowl with tremendous force. Later, in surveying the damage, I’d see that liquid poop had actually managed to ricochet out of the bowl and run down the side on to the floor. But for now, all I could do was hang on for the ride.

Alas, it is evidently difficult to hold one’s phone and wipe one’s bum at the same time. Just as my high-pressure abuse of the toilet was winding down, I heard a plop and splash from next door, followed by string of swear words and gags. My poop-mate had dropped his phone into the toilet.

After a considerable amount of paperwork, I got up and surveyed the damage. I felt bad for the janitor who’d be forced to deal with this, but I knew that flushing was not an option. No toilet in the world could handle that unholy mess. Flushing would only lead to a floor flooded with filth.

As I left, I glanced into the next-door stall. Nothing remained in the bowl. Had he flushed his phone, or had he plucked it out and left the bathroom with nasty unwashed hands? The world will never know.

I exited the bathroom, momentarily proud and Shameless, looking around for a face glaring at me. But I saw no one. I suspect that somehow my supernatural elimination has managed to transfer my Shamefulness to my anonymous poop-mate. I think it’ll be a long time before he can bring himself to poop in public — and I doubt he’ll ever again answer his cell phone in the loo.

And this, my friends, is why you should never talk on your phone in the bathroom.